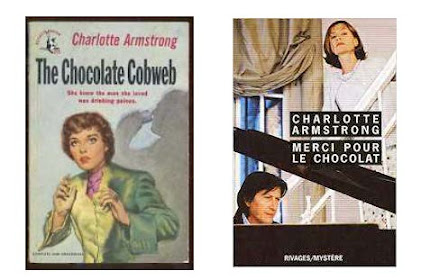 This book followed closely on the heels of the successful Unsuspected. It, too, was serialized in the Saturday Evening Post and was released in 1948. But unlike the former, it took more the 50 years before it became a movie. Famed French director Claude Chabrol optioned it in 2000 and the move, Merci pour la Chocolate, was released in 2003, and distributed world-wide with English sub-titles. Many years earlier, Chabrol made a movie, La Rupture, from Armstrong’s novel, The Balloon Man. We guess he may have thought that another Armstrong based movie might be a good idea. Well, it certainly was for us and we believe it has generated more revenue that any other property. The movie prompted more book sales.

Here is the Mysterious Press plot summary: For a few hours after her birth, Amanda Garth had two fathers. One was John, the kind, forthright man who would raise her. The other was Tobias Garrison, a well-known California artist who, because of a mix-up in the hospital’s nursery, briefly thought Amanda was his. The confusion was straightened out, and the misunderstanding is forgotten for twenty-three years, when questions about her birth cause Amanda to approach the Garrisons. This could prove a deadly mistake.

Someone in that poisonous family is plotting a murder, and the last thing they want is another heir to the massive Garrison fortune. The quest for truth could mean death for the girl whose birth was shrouded in secrecy.

The Chabrol movie changed the Tobias character from an artist to a musician, perhaps feeling that sound was a better movie sensation than looking at paintings. But the movie had the same level of suspense along with a little romance. The movie starred Isabelle Huppert, a fine and popular actress.

We once asked friend who was a native French person, why that book was some popular with the French. She read it in French and concluded it was the romance and intrigue that made it so compelling to them. 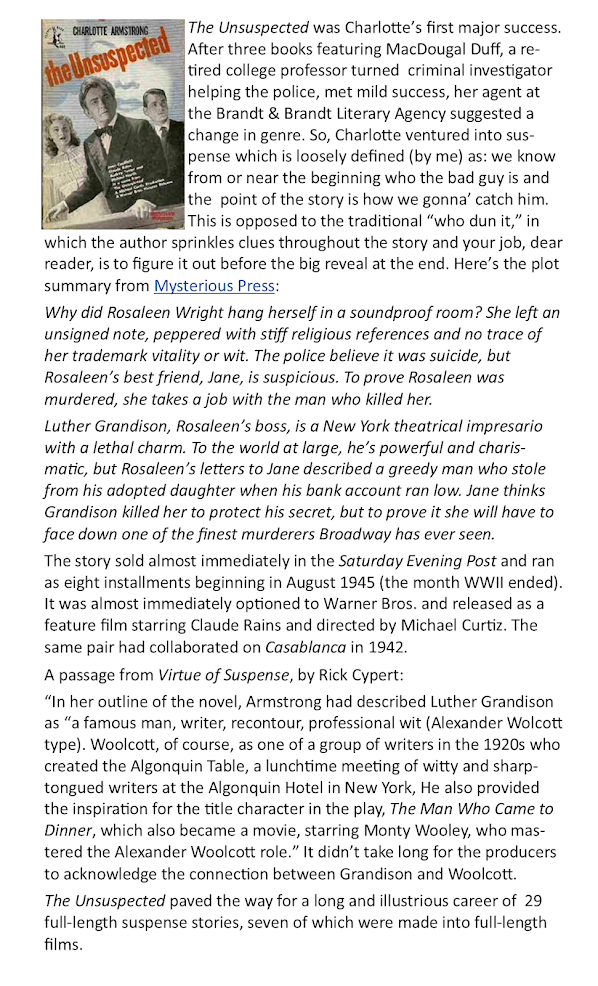